I can’t recommend everyone to see Jenny enough. I felt so relieved. 100% healthy from the inside out 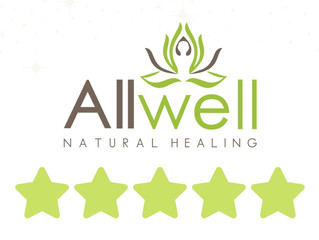 After going to three separate doctors for a severe rash that appeared over time on my daughter, and them debating over how often to give her steroid cream to solve it, I found Jenny. The rash had been existing for over a year but got quite severe over a two week period before I found Jenny.

I cannot recommend everyone to go and see Jenny enough. We started to follow Jenny’s advice that very day and I felt so relieved to find someone who seemed to have complete knowledge about what we were dealing with and what to do to fix it from the inside and to not rely on medical drugs such as steroid creams. After a few days, the rash intensified and I panicked. I turned to Jenny by email and phone and she immediately calmed me and assured me what we were doing was right, normal and to give it the recommended time we needed to give it.

I then booked the salt rooms and am so pleased with those too. In just under three weeks of the treatment, we saw amazing results and now six weeks on, only the remnants of her rash are left. I am keeping my daughter on the diet that has been advised and this is the only change I have made.

I don’t give my daughter steroid creams and I believe 100% she is now healthy from the inside out. If you are hesitating to see Jenny don’t. She is amazing in so many ways. My daughter loves her too and so does my son 🙂

Would you recommend Allwell Natural Healing to others?

Yes. I cannot recommend everyone to go and see Jenny enough.

No comments to show.